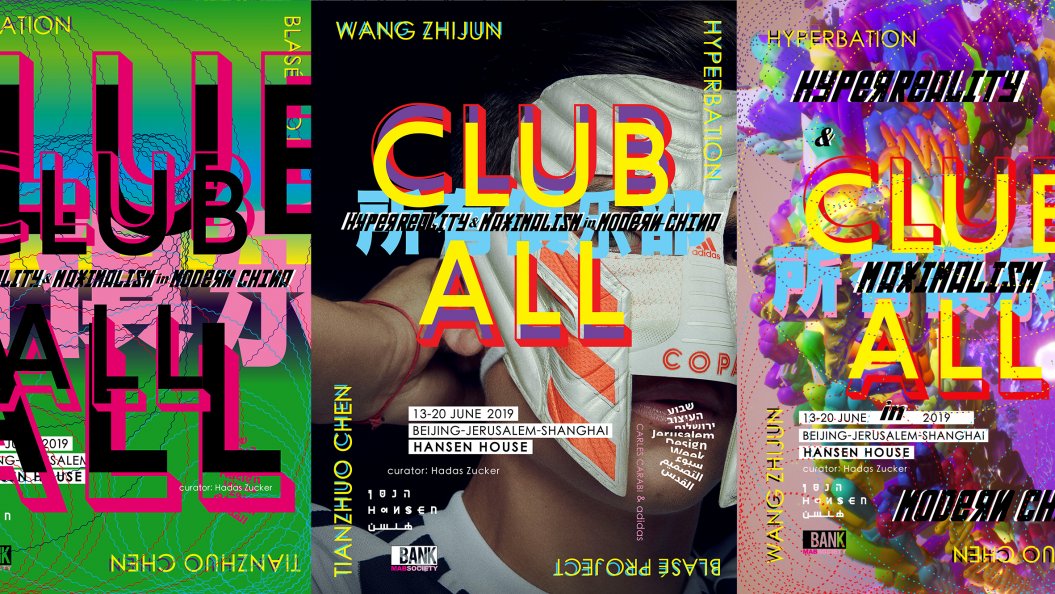 Club All is a night club in Shanghai that attracts a progressive young audience – musicians, entertainers and artists. It is centered at the heart of the subculture in a country where culture and expression are deceptive and unclear in their intentions. The western capitalist ideology “Bigger, Faster, Better” was adopted, fully internalized, and reduced to unprecedented dimensions by Communist China. Over the past four decades, China has been able to recover from cultural differentiation and poverty and become an ambitious nation full of hyperactive energy that shapes a futuristic reality.
In the space between the nation and the individual we find the language of art and design.
The Exhibition Club All is an attempt to transmit the visitor to the future, according to how it seems to be developing in present-day China. Progress, as expressed in the country today – an abundance of consumption, accelerated urbanism, and technological developments – appears in the works of the exhibiting artists and designers, all of whom reside in the space between the national and the individual. Indicatives of detachment and a load of stimuli compose personal and alternative realities of a dystopian and maximalist liberalism.

Events taking place as part of Club All:
On the opening night the exhibition space will function as a nightclub as its name promises.
Every hour, at the bar, Pete and Ming, the “Hyperbation” designer duo will lead their viewers into the multi-level augmented reality game – HyperBody.

Panel – Is Progress a Good Thing?
Participants: Adiel Portugali, Ruth Patir, Hyperbation, Zhijun Wang
moderator: Hadas Zucker
The participants will examine the concept of progress in China and its implications on workers in the field of design. The radical changes China has undergone in recent years: Increased consumer culture, accelerated urbanism, and technological development and innovation in an authoritarian political climate, all raise questions about the meaning of civil, consumer, recreational, and artistic freedom. The concept of freedom will be explored from a variety of perspectives as well as the role of art and design in the Chinese microcosm.
The session will be held in English.

Lecture – While you Were Talking to Alexa, China Reinvented Abundant Culture.
By Hadas Zucker